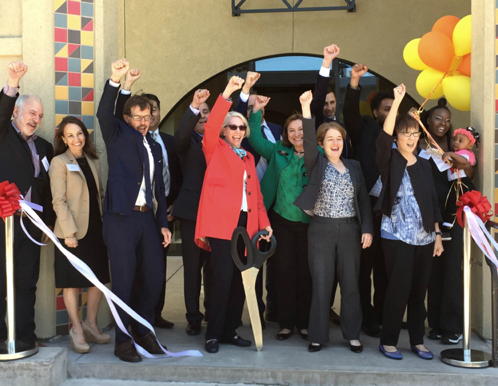 Over the past eight years representing District 3, I’ve helped overcome serious challenges and make progress towards making BART more reliable, affordable, and just. My continued leadership will help ensure BART emerges from the current crises as a stronger and more equitable agency, better equipped to serve all riders.

The past three months of the COVID-19 pandemic have been some of the most challenging for BART riders, BART workers, and the entire Bay Area. The safety of riders and workers, and BART’s continued service and financial sustainability have been my top priorities. Along with other BART directors, I worked with our federal, state, and regional partners to secure $1.3 billion for Bay Area transit. Because of this funding assistance and the hard work of BART’s budget team, BART will not be laying off any workers, which is critical to enable us to ramp up service as riders return to the system.

When I was first elected to the BART Board in 2012, the agency was facing another crisis — BART infrastructure was crumbling, leading to long and frequent delays on the system. I led the Board to invest more BART funds in infrastructure, helped pass a $3.5 billion fix-it-first bond, and secured additional federal, state, and regional resources. This funding is being put to good use replacing nearly 50 year-old infrastructure, including train cars, tracks, and electrical systems, and installing a new train control system to provide much more frequent and reliable service.

Making BART Affordable for All

I have worked with BART’s Police Citizen Review Board and Independent Police Officer to improve and strengthen BART Police policies and practices to prevent such violence, and I will continue to propose and support additional reforms. With BART Directors Bevan Dufty, Lateefah Simon, and Janice Li, we started an unarmed BART ambassador program to address issues that shouldn’t be handled by officers with guns. Recently I proposed moving $2 million of the BART budget to hire more unarmed ambassadors instead of police officers, as previously proposed. Important advances have been made since BART police killed Oscar Grant in 2009, and I’m committed to continuing BART’s efforts to achieve racial justice and end police violence, along with the most affected community.

Getting You to BART

BART must focus on making it easier for riders to get to BART by transit, biking, and walking. I co-founded the BART-AC Transit Interagency Committee, and on this committee we have worked together to improve how the systems work together for riders. I have advocated for and supported increased secure bike parking at stations and investments in pedestrian infrastructure. BART this year is launching the "Safe Routes to BART" grant program, to fund city projects that improve walking and bike connections to BART stations. Several projects are planned for or currently under construction at stations in BART District 3, including an improved pedestrian and bicycle path to the Orinda station, a remodel of the Downtown Berkeley BART plaza and entrances to increase access, and a complete modernization of the El Cerrito Del Norte BART station, including bike and pedestrian improvements.